To be blunt, if you haven't got a plan for phasing technology into your learning strategy, you're shortchanging your future. 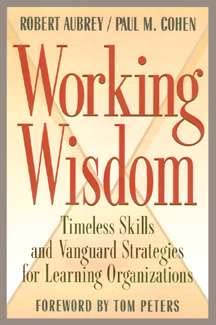 In today's learning organizations, linking wisdom to technology is vital. How do these two resources fit together? DiaCom Technologies, a software startup in Scotts Valley, California, has tried to answer that question. DiaCom has created what could well become a new software standard for learning, based on continuous, real-time feedback.

David Boulton founded the company with the aim of creating a technological environment for individuals that would sustain their motivation to learn by giving learners a structure for navigating through text, images, and sound. The design of the system was based on Boulton's observations of his son and friends playing Nintendo games. How did these kids stay engaged? What motivated them to work through a game for hours, making mistakes and learning as fast as they could to reach a more advanced level of play? Boulton's keen insight was that kids had a tacit trust in the game. They knew the resources were there to overcome the obstacles; all they had to do was find them. They were challenged, but had an amazing ability to overcome the frustration of making mistakes and losing games.

What makes DiaCom's software such fun is that it accesses different types of information as fast as a video game. It also allows learners to leave messages and gives them feedback when they have a question, suggestion, or problem. This feedback mechanism allows those responsible for the development of learning materials to constantly monitor how learners are doing and understand where they are encountering difficulties. In their work for business organizations, DiaCom addresses three significant requirements of technology:

1. Gathering as much feedback as possible from everyone in the organization via telephone- and computer-based information collection

3. Helping mentors make sense of the high volume of feedback an organization generates

Putting coaches, mentors, and information providers on-line is useful not only for learning but also for teams making a product -- DiaCom is working with project teams from a large aerospace firm -- as well as for quality improvement systems, management information reporting, and employee communication. Says Boulton, "I'm concerned with developing a world that's dialogue-friendly."

Boulton started DiaCom with a vision of how learning should be supported as the essential human resource for society. Tens years earlier, he was president of Dynapro, a robotics company that was very successful, but made him miserable. He didn't like having people seek his favor or consent, and he didn't like the rigorous time management needed to keep two shifts of workers building robots; above all, he didn't like finding himself in the position of manipulating people. So he left the company and went off on what he called a "learning binge" for a year: he read, traveled, and avidly devoted himself to learning anything he wanted - psychology, religion, archeology, whatever. That experience allowed him to trust his own learning process. He would start a book on physics, stop when he felt like it, and come back to finish it months later, having explored other realms of wisdom that were seemingly unconnected but fit together as he continued his journey.

What struck Boulton was that this trust in his own learning process was new to him, something that had been drummed out of him since his first days in school. Yet this trust was the real key to learning. He explains:

"I had grown up with the notion that somebody out there knows what I don't know. In my learning binge, that belief crashed. I discovered that in any field of knowledge that I pursued, I would get to an edge where the experts were carrying on a raging war about what was true. It hit me that the universe is wide open and that there is always a fluctuating edge to knowledge. That was a truly liberating experience".

"At the same time, I became irritated with what I call the insidious curriculum of education. We learn from the first days in school that it is not our own impulse to inquire that counts, what's really important is following the lesson. I discovered that the reality of learning is just the opposite. What's really important is the activity of learning and our own impulses and questions. When a child learns to walk, it does not "acquire a skill," it extends its being in space. When that child grows older and learns geometry in school he or she does not acquire a "subject" but extends his or her mental being into an abstract realm of space. And out on the edge of that realm, there is a fluctuating limit to the learner's being that constitutes what is to be explored".

The importance of Boulton's approach is that it is responsive; it does not assume "this is what you need at this time," an assumption implicit in education systems, corporate training programs, and most learning technology. DiaCom's technology accommodates the fluctuating needs of the learner.

Boulton finds it dangerous to assume "educators" can accurately predict how an individual should learn best. Not only is that assumption untrue, but it also cuts off the individual from taking control of learning.

Boulton calls authentic learning activity "semnastics" from the Greek for exercise of meaning. Learning, he says, is like a sport that one plays or practices. Technology should support semnastics. Like a game, technology should allow learners to go as fast as they can and stay out on the edge where they are excited. They should be able to slow down, make mistakes, and get help from coaches, as they would during sports practice.

One of DiaCom's early experiments with its technology was with second- and third-grade classes in Cupertino, California. DiaCom technologists and classroom teachers decided to offer the kids the opportunity to explore economics, a subject that would support Boulton's fundamental belief that anybody can learn anything. They decided to study corn as a vehicle for learning economics. For two weeks, the teachers gathered information and entered it into a computer -- how corn is produced, cultivated, processed and so on.

When the program was offered to the students, Boulton turned on the computer and explained the on-screen icons they could use to navigate through the program. Down the side of the screen were buttons that allowed them to go forward or back through the lesson; there was also an important button that allowed the kids to dialogue with the teacher. Other buttons let the kids get dictionary definitions, hear stories, or get more information. Then Boulton turned the kids loose, three to a computer. Underlying the learning process was learning construct called economics.

The result astounded the teachers and the programmers. It took five minutes, no more, for the second- and third-graders to familiarize themselves with the system and figure out how to study corn in a way that was natural to them. The teachers said that to get the same familiarity in a normal teaching setting with books and homework would take more than two weeks!

Clever technology aside, DiaCom's real breakthrough is recognizing the human dimension of accompaniment through dialogue. Although it has an important place in learning, technology itself doesn't of itself drive learning or abet wisdom. As Boulton reminds us: "The problem isn't even one of cost. Systems capable of totally transforming our relationship with information, of providing a new (learner) interface to recorded knowledge, will ultimately prove to be very cost-effective. But so long as the role of educational technology is viewed in terms of isolated subject mastery rather than as a mediator of a new general relationship...its force in educational evolution will remain misdirected."