... The IBM prototype requires expensive equipment, but similar systems are being developed that will cost far less. David Boulton, head of DiaCom Technologies, Inc., in Scotts Valley, California, has created the software for what he calls a general purpose electronic learner-oriented environment projected to cost about $200.

Boulton has created a framework that allows learners to explore any body of knowledge in a variety of ways according to their "meaning needs." The computer system responds to a learner's curiosity, learning style and achievement level. A student might begin, for example, probing the Renaissance, run into Galileo, become interested in history of science and end up watching Albert Einstein discuss his general theory of relativity. Like the IBM prototype, Boulton's system integrates sound, text and pictures. 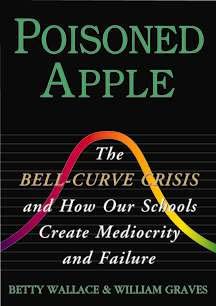 Boulton created his system after watching and recording three - five year olds play Nintendo. He concluded that the electronic game engaged them with cycles of challenges, usually some menace such as bats in a castle, and a variety of solutions to overcome those challenges, such as trapdoors and weapons. The game steadily increased the speed and rigor of the challenges as the player developed the skills and advanced from one level to the next. Boulton designed his learning system to engage students with challenges that they can solve by taking a variety of learning paths. Like Nintendo, it allows children to act creatively with their frustrations.

Responsiveness is the key, Boulton says. The machine can respond to each individual's "meaning needs" with [a] scope and precision that classroom teachers could never find time for, he says. Students quickly begin suppressing personal needs for meaning in traditional classrooms, because their teachers can't possibly meet them. Gaining understanding in school is like trying to learn to swim in the desert, Boulton believes. To learn, the student must be immersed in the water of knowledge and feel it respond to individual probes and strokes. Without this water, there is no feedback, no way for learners to draw conclusions from their inquiries.

"Our education system is fundamentally, tacitly teaching us to ignore the core of our capacity for learning," Boulton says. "It is an insidious process we don't recognize."

Boulton is testing his system in two classrooms in the Cupertino School District near San Jose, California. His product is being developed to run initially on Macintosh, Apple II and IBM-clone personal computers, but eventually he hopes it will become part of home multimedia systems and compatible with game machines such as Nintendo and Sega. As more and more people have access to this technology, a learning-oriented culture will emerge, Boulton predicts. Schools will specialize in team learning and dialogue, he says, and allow machines to provide the "one-on-one relationship between an individual and what he is learning about."

A growing number of educators like Boulton believe the primary mission of schools should no longer be to convey knowledge but to help children develop their capacity to learn.

Children soon will be able to tap whatever knowledge they need just about anywhere.